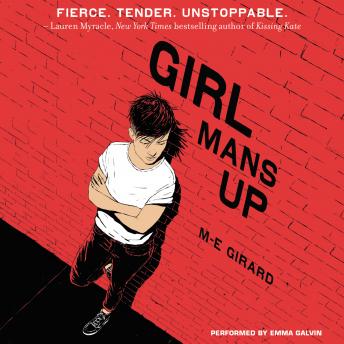 Lambda Literary Award Winner! “Pen is an inspiration to anyone who’s struggled to be understood, and a vital addition to the growing world of genderqueer protagonists.” —New York Times Book Review

All Pen wants is to be the kind of girl she’s always been. So why does everyone have a problem with it?

But respect and loyalty, Pen discovers, are empty words. Old-world parents, disintegrating friendships, and strong feelings for other girls drive Pen to see the truth—that in order to be who she truly wants to be, she’ll have to man up.