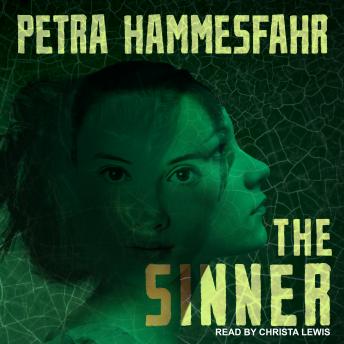 Cora Bender killed a man. But why? What could have caused this quiet, lovable young mother to stab a stranger in the throat, again and again, until she was pulled off his body? For the local police it was an open-and-shut case. Cora confessed; there was no shortage of proof or witnesses. But Police Commissioner Rudolf Grovian refused to close the file and began his own maverick investigation. So begins the slow unraveling of Cora's past, a harrowing descent into a woman's private hell.

Hailed as Germany's Patricia Highsmith, Petra Hammesfahr has written a dark, spellbinding novel. At the top of the bestseller list, The Sinner has been reprinted sixteen times and sold over 760,000 copies at home. Translated into eleven languages, this is the first Hammesfahr title published in English.