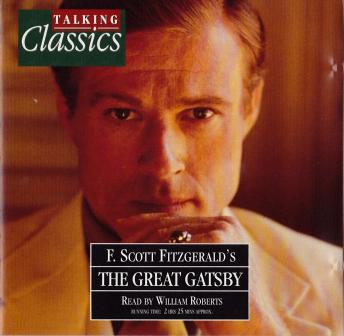 When The Great Gatsby was published, commercially it was a failure but critically it was a success. It is still the most admired and well read of all Scott Fitzgerald's novels and it is considered a handbook of the 'Jazz Age'. Scott Fitzgerald put much of himself and his life into the book. He created the character of Jay Gatsby to illustrate his own experiences of the illusory and morally bankrupt aspects of 1920s' America, and the character of Nick Carraway to show his disapproval of its destructive effects. 1. A WORLDLY LIFE. Narrator Nick Carraway explains how he came to New York. He rents a house in West Egg, next to a mansion owned by a mysterious millionaire, Jay Gatsby, and across the bay from his cousin Daisy Buchanan. Visiting her and her husband Tom, he is introduced to Jordan Baker and learns from her that Tom is having an affair. On his way home Nick sees Gatsby looking across the water, arms outstretched. 2. IMMORALITY. Nick is surprised when, en route to New York, Tom insists that he meet his mistress. They go to Wilson's garage, where Tom tells the proprietor's wife Myrtle to come to New York. There, a drunken party gets under way. It ends abruptly when Tom and Myrtle quarrel and he strikes her, breaking her nose. 3. HIGH LIVING. Nick goes to one of Gatsby's parties, where he sees Jordan again and eventually meets his host. Gatsby asks to speak to Jordan alone. Nick falls for Jordan and sees one of Gatsby, who tells him the story of his privileged past; he also says that Jordan will let Nick in on a secret. 4. A DREAM OF LOVE. Nick has lunch with Gatsby and one of his business associates Meyer Wolfshiem. That afternoon, Jordan tells Nick that Daisy and Gatsby were in love during the war. Gatsby is still besotted and wants Nick to invite her to tea so that they can meet again. Nick agrees and warns Daisy not to bring Tom. 5. REALITY INTRUDES. Daisy is amazed to see Gatsby again and he is overwhelmed. Gatsby takes Nick and Daisy to his house, keen to impress Daisy. However, he evades Nick's question about his business. At the point, Nick reveals Gatsby's true, humble origins to the reader. When Nick next sees Gusby, a guest brings Tom in for a drink, with the result that Tom is invited to Gatsby's next party. There he voices his suspicions that his host's riches are ill-gotten and Daisy expresses loathing of the fashionable crowd and their 'new' money. 6. ADULTERY DISCOVERED. After the party, Gatsby explains to Nick that he wants Daisy to tell Tom that she never loved him, then leave him; he refuses to heed Nick's warning that he cannot undo the past and tells him all about their love affair. Gatsby has no more parties because they do not please Daisy. Nick, Jordan and Gatsby have lunch with Tom and Daisy; Tom realizes that Daisy is having an affair with Gatsby. They drive to New York - Daisy and Gatsby in Tom's car and Tom, Nick and Jordan in Gatsby's. Tom stops for petrol at the garage, where Myrtle is watching from a window. Wilson has realized that she has been unfaithful, although he does not know with whom. In New York, the group hire a hotel room, where Tom confronts Gatsby. 7. A TRAGIC ACCIDENT. Gatsby tells Tom that Daisy does not love him; he reacts furiously and accuses Gatsby of bootlegging. Although she half-heartedly agrees that she is leaving Tom, Daisy cannot say, as Gatsby demands, that she never loved him. Finally, Daisy and Gatsby leave, this time in Gatsby's car; they kill Myrtle, who runs towards them believing that Tom is in the car. Tom, following in his own car, stops at the scene and quickly denies any involvement. That night, Gatsby confides the secret of his past to Nick, explains how he and Daisy were separated and says that he will take the blame for the accident to protect her. In the morning, Nick leaves for work and Gatsby goes to his swimming-pool. As they part, Nick tells Gatsby that he is 'worth the whole damn bunch put together'. 8. A LONELY END. Wilson, overcome by grief and rage, believes his wife has been murdered by her lover. He shoots Gatsby dead, then kills himself. Nick finds their bodies and learns that Daisy and Tom have gone away. While at Gatsby's mansion, Nick receives a mysterious telephone call which inadvertently confirms that Gatsby was a criminal. Gatsby's father arrives for the funeral, but Wolfshiem refuses to come and only one of the party guests attends. Worn out by the events of the East and too sickened to continue his relationship with Jordan, Nick decides to go home to the Midwest. Some time later, he bumps into Tom in New York and learns that, as he believed, it was Tom who told Wilson that Gatsby was driving the car.