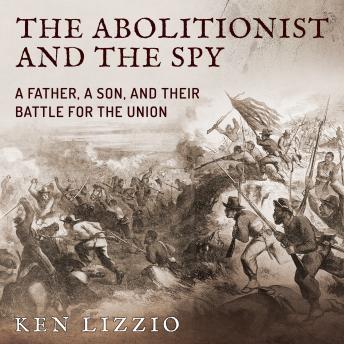 The Abolitionist and the Spy: A Father, a Son, and Their Battle for the Union

An abolitionist and a spy, father and son, in the forgotten Western theater of the Civil War

The abolitionist legacies of Orville Brown and his son, Spencer, live on in this historic and daring nineteenth-century account. Journeying apart from each other, but with similar passion, Orville and Spencer's stories span virtually every major abolitionist event: from the battles of Bleeding Kansas and the establishment of the free-soil movement to the river wars of Memphis, Vicksburg, and Shiloh. Listeners will follow Orville west as he strikes out for Kansas Territory to help ensure its entry as a free state. But the life of his precocious eldest son, Spencer, serves as an eventful accompaniment to Orville's own adventures.

As a young Navy recruit in the Civil War's Western theater, Spencer volunteered to go behind enemy lines on numerous occasions. With his bold sleuthing and detailed diaries, Spencer's life unfolds vividly against the exciting backdrop of the Union and Confederate battle for control of the Mississippi River. The lives of these daring men are a fortifying record of American perseverance.

Abolitionist and the Spy: A Father, a Son, and Their Battle for the Union