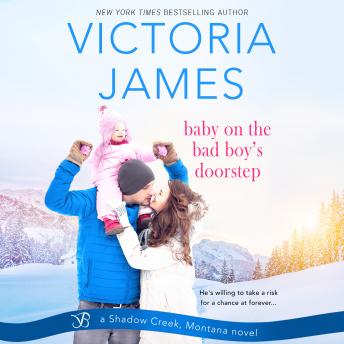 Baby on the Bad Boy's Doorstep

Connor O'Leary knows nothing about babies, families, or good women, yet he's up to his ears in all three. Coming to Shadow Creek, Montana was meant to be a new start for this former oil rigger, but he had no idea that fresh beginning would include a baby on his doorstep and a hot nanny he can't stop thinking about. Diapers, feedings, and late nights soothing his little bundle of surprise were definitely not on his itinerary.
The last thing Haley Thomson expected to see is the reclusive Connor with a baby in his arms. Before she knows it, she's volunteered as nanny—temporarily. Helping out with baby Rosie is a dream come true and fills a space in her heart she believed will never be filled. But falling for Rosie's hot and sexy bachelor daddy is not on her to-do list…but boy would she ever like it to be...

Baby on the Bad Boy's Doorstep

This title is due for release on February 12, 2018
We'll send you an email as soon as it is available!