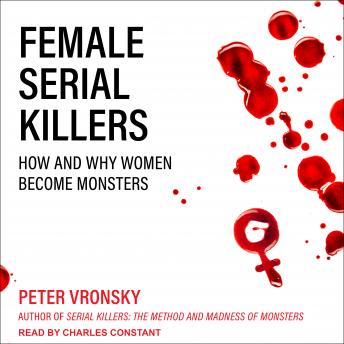 Female Serial Killers: How and Why Women Become Monsters

Society is conditioned to think of murderers and predators as men, but in this fascinating book, Peter Vronsky exposes and investigates the phenomenon of women who kill-and the political, economic, social, and sexual implications.

From history's earliest recorded cases of homicidal females to Irma Grese, the Nazi Beast of Belsen, from Britain's notorious child-slayer Myra Hindley to 'Honeymoon Killer' Martha Beck, from the sensational murder-spree of Aileen Wournos, to cult killers, homicidal missionaries, and the sexy femme fatale, Vronsky challenges the ordinary standards of good and evil and defies the accepted perceptions of gender role and identity.

Female Serial Killers: How and Why Women Become Monsters