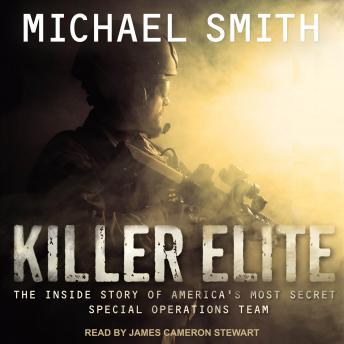 Killer Elite: Completely Revised and Updated: The Inside Story of America's Most Secret Special Operations Team

A top-secret U.S. Army Special Operations unit has been running covert missions all over the world, from leading death squads to the hideout of drug baron Pablo Escobar to capturing Saddam Hussein and, in one of the greatest special operations missions of all time, helping to track down al-Qa'eda leader Osama bin Laden. 'The Activity,' as it became known to insiders, has achieved near-mythical status, even among the world's Special Operations elite. Hidden from the politicians and the government bean counters, the Activity has been carrying out deniable operations, preparing the way for Delta and SEAL Team Six.

Now, journalist Michael Smith gets inside this clandestine military team to expose their explosive history and secrets. Smith has spoken to many former members of the Activity and reveals the incredible truth behind the world's most secret Special Operations organization, a unit that is at the forefront of the War on Terror.

Killer Elite: Completely Revised and Updated: The Inside Story of America's Most Secret Special Operations Team