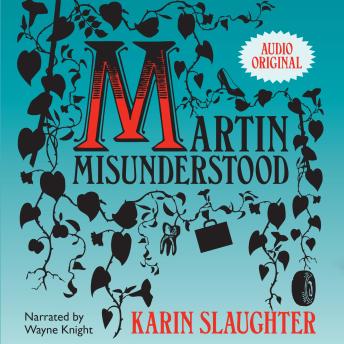 Once upon a time there was a man named Martin.

Martin Reed is thoroughly average in every way. So how has he wound up with such a pathetic existence? Martin has no friends, no lovers, and no respect. Working as a senior accountant at Southern Toilet Supply and still living with his nagging mother, his sole source of excitement is the crime novels he cherishes. So immersed is Martin in these escapes that he fails to notice the crimes going on all around him. When first one, then another, of his coworkers is brutally murdered, Martin is shocked to become the fetching female investigator’s prime suspect. Center stage at last, Martin basks not in the glow of the spotlight, but in the harsh glare of interrogation.