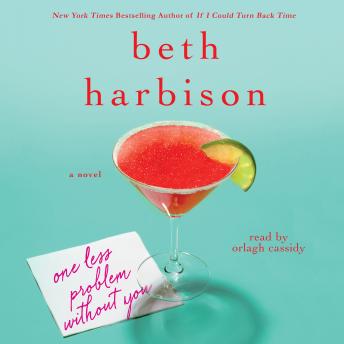 One Less Problem Without You: A Novel

Meet Prinny, Chelsea and Diana. Prinny is the owner of Cosmos, a shop that sells crystals, potions, candles, and hope. It's also a place where no one turns down a little extra-special cocktail that can work as a romance potion or heal a broken heart. But Prinny is in love with her married lawyer and she'll need nothing short of magic to forget about him.
Chelsea works as a living statue at tourist sites around Washington, DC. It's a thankless job, but it helps pay the rent. That, and her part-time job at Cosmos. As her dream of becoming a successful actress starts to seem more remote and the possibility of being a permanently struggling one seems more realistic, Chelsea begins to wonder: at one point do you give up on your dreams? And will love ever be in the cards for her?
Diana Tiesman is married to Leif, a charismatic man who isn't faithful. But no matter how many times he lets her down, Diana just can't let him go. She knows the only way she can truly breakaway is if she leaves and goes where he will never think to follow. So she ends up at Cosmos with Leif's stepsister, where she makes her homemade teas and tinctures as she figures out whether she'd rather be lonely alone than lonely in love.
In Beth Harbinson's One Less Problem Without You, three women suddenly find themselves together at their own very different crossroads. It will take hope, love, strength and a little bit of magic for them to find their way together.

One Less Problem Without You: A Novel