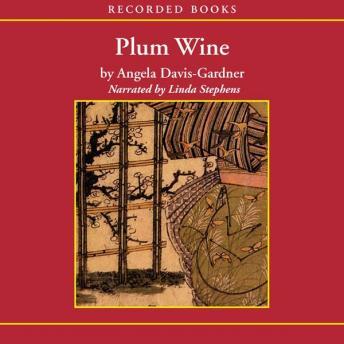 Critically acclaimed author Angela Davis-Gardner's Plum Wine earned starred reviews from Booklist and Publishers Weekly, which hailed the 'wonderfully inventive plot' and a 'protagonist as self-possessed as she is sensitive.' Set in 1960s Japan, Plum Wine is a powerful tale about cultural differences, romantic hardships, and the legacy of Hiroshima. An American teaching English in Tokyo, Barbara Jefferson receives an unusual bequest after the death of her colleague and closest friend, Michiko Nakamoto. In a chest are bottles of homemade plum wine, one for each year from 1939 to the present. The paper wrappings on the bottles are covered with Michiko's life story, so Barbara gets help translating from Michiko's childhood friend, a man named Seiji. As the two enter a complicated love affair, their fates become tied to the tragedies and secrets of the past. Moving and unforgettable, Plum Wine is elegantly narrated by Jennifer Ikeda, who perfectly captures the novel's quiet resonance and cultural nuances. 'Davis-Gardner's exceptionally sensitive and enveloping novel illuminates with quiet intensity, psychological suspense, and narrative grace the obdurate divide between cultures, the collision between love and war, and, most piercingly, the horrific legacy of Hiroshima.'-Booklist, starred review