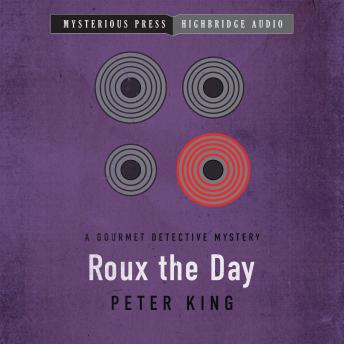 When a Crescent City culinary dynasty loses its family cookbook, the London-based detective is on the scene 'in this whimsical and entertaining mystery' (Library Journal).

For five generations, the Belvedere family restaurant has been a Louisiana landmark. Unfortunately, the Belvedere clan inherits more than a talent for cooking from each other-they also have an unfortunate tendency of becoming insane. When the latest Belvedere patriarch loses his mind, his son attempts to take over the business, only to find that the ancient family cookbook has vanished-and with it the priceless recipe for the world famous Oysters Belvedere. The Crescent City will never be the same. A bookseller claims to have found the family heirloom, and attempts to sell it at auction-a daring Creole gambit that draws the attention of London's famous gourmet detective. The sleuth visits the bookshop, but when he finds a corpse at the desk, he must lead a chase for the murderer and the stolen cookbook. One false step, and he'll end up like a crawfish at a boil: in mighty hot water.