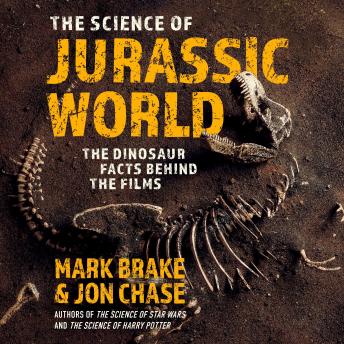 The Science of Jurassic World: The Dinosaur Facts Behind the Films

A tale of some of the most amazing creatures ever to grace this tiny planet—unearth how the science fiction of the Jurassic World franchise inspired the evolution of dinosaur science.

It all began in 1993. Jurassic Park was a movie landmark in the development of computer-generated imagery and animatronic visual effects. Jurassic Park became the highest-grossing movie of that year, and the highest-grossing film ever at the time, a record held until the 1997 release of Titanic. The field of dinosaur science has blossomed by leaps and bounds and branched out in recent years, in no small part to this iconic movie series.

In The Science of Jurassic World, we experience the amazing story of the birth of the dinosaurs, how they evolved to world dominance, how some became gargantuan in size, how others grew wings and flew, and how the rest of them met an untimely end. Chapters include:

- What’s with the giant dinosaur poop?

- When will we clone dinosaurs?

And so much more!

Discover how some of cinema’s most incredible creations do justice to the jaw-dropping evolution of these fantastic creatures.

Science of Jurassic World: The Dinosaur Facts Behind the Films