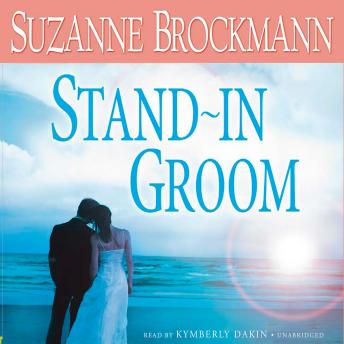 With a rare blend of humor, erotic tension, and dead-on emotional truth, New York Times bestselling author Suzanne Brockmann weaves this delightful romance of a man and woman brought together by chance, bound by choice, and in trouble deeper than they realize. Like a knight in a fairy tale, he appeared from out of nowhere and rescued her at the last moment. Now, sizing up the man who’d saved her purse and driven off her attackers, aspiring Boston entrepreneur Chelsea Spencer considered that this good-looking stranger could fit another role—not to mention a tuxedo—equally well. By the end of the week, Chelsea was scheduled to get married as a condition for earning the inheritance necessary to save her fledgling business. There was only one problem: She was short a groom. Johnny Anziano would have been satisfied with a date, but the woman he’d dashed in to save during a street mugging had proposed much more than that. For two weeks’ “work,” he’d earn $75,000 and a luxurious tropical island vacation. By saying a simple, meaningless “I do,” he could save Chelsea one more time. But this time they were facing something a lot more dangerous than a gang of street thugs—their attraction for each other.

“One of the funniest and sexiest honeymoon scenes you'll ever read.”--Amazon.com, editorial review