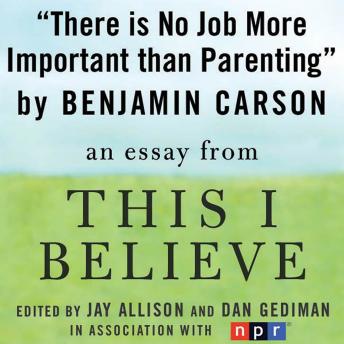 There is No Job More Important than Parenting: A 'This I Believe' Essay

Former neurosurgeon Ben Carson describes his mother's dedication to his lifelong dream of becoming a doctor in 'There Is No Job More Important Than Parenting,' his contribution to NPR's This I Believe series.